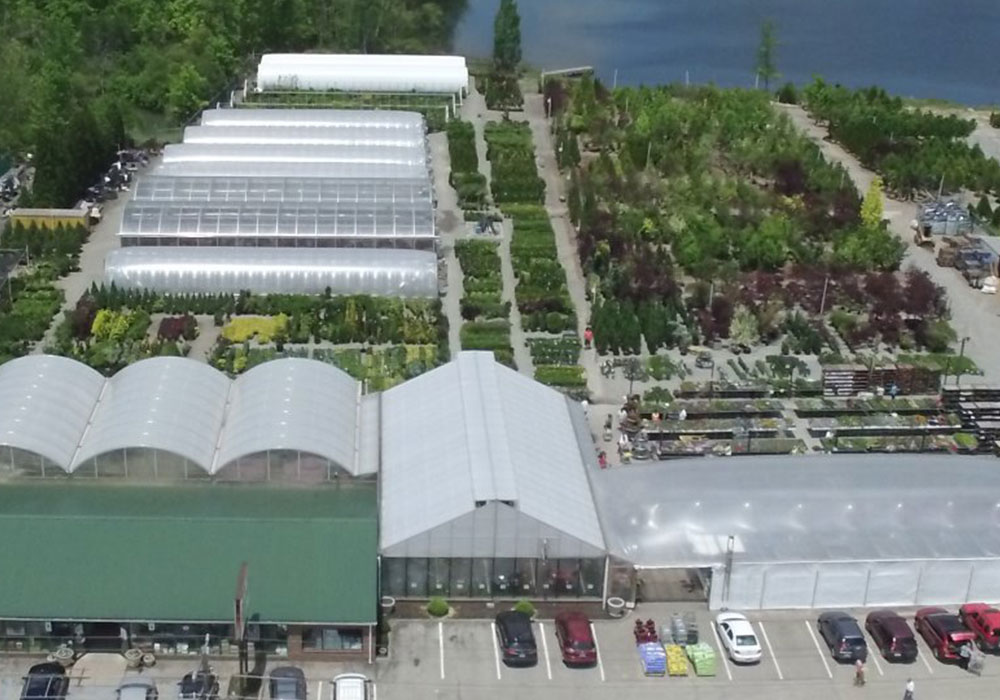 In 45 years, the Laurel Nursery/Garden Center in Latrobe has grown to offer more and more products.

As one the largest garden centers in western Pennsylvania, Laurel Nursery has a complete selection of container and balled and burlap trees, as well as small fruits and fruit trees. They also offer the area’s largest selection of bedding plants, annual hanging baskets and perennials.

Laurel Nursery also stocks an area of more than 400 square feet of hard goods and tools for all of your landscape needs. Inside the store is an amazing selection of garden gifts as well as our famous Lu Lu’s Boutique. Laurel Nursery is truly your one stop shop for all of your gardening needs.

“We put our heart and soul into everything we buy, display and sell,” said owner Ken Heese. “We try and have the latest in garden plants, garden supplies and gifts. We hope we are here for another 45 years.”

To understand everything that Laurel Nursery/Garden Center offers, just take a look back at their impressive history.

Ken’s parents, John and Joyce Heese, opened the center at its current location on just one acre in 1974. Fourteen years later, Ken began his career at the center after graduating from the Ohio State University Agricultural Technical Institute with a degree in nursery management.

Shortly after he arrived, the fence was moved to accommodate five acres of retail space. In 1989, the center’s largest production house was built. In 1993, a greenhouse for houseplants and tropical plants was added to the east end of the retail building. Ken’s wife, Patty, joined the staff a year later.

In 2002, the Christmas shop was expanded to include theme trees, tabletop decor, ribbon, bows and artificial wreaths and garland. A greenhouse was constructed in 2005 against the back of the original building for larger items, such as grills, pots and outdoor decor.

In 2011, the center’s second-largest production house was added to the original large house. Lu Lu’s boutique, which sells clothing and gifts, was opened in 2012 and became one of the center’s most popular spots.

Ken and Patty’s son, Jacob, joined the staff in 2015, becoming the third generation to work at the center. That year, bins of pumpkins, gourds and squash were put out in the fall, with more than 3,000 mums.

The nursery currently has 66 acres for nursery production and retail sales. There are close to 16,000 square feet of growing houses and 12,000 acres of retail space.

“We really want to focus on our loyal customers (who) have helped to make our business what (it) is today,” Ken said. “This is our family’s livelihood that we all work very hard to maintain.”